Guv to judges: Get real. 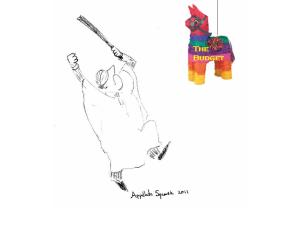 One thing is sure about New York judges: no one can accuse them of lofty idealism. The sight of them clamoring for a 40% pay raise at a time of massive layoffs and cutbacks makes us suspect that their idea of “public service” just means being on a government payroll. The general weal? Fuggetaboutit! We got our summer homes in the Hamptons to pay for.

At a hearing held by the commission pushing for a 40% pay hike, Robert Megna, the Guv’s top budget advisor, addressed the judicial grousing about not getting a raise since 1999. He pointed out that neither the legislators, cabinet members or the Governor have had raises since then either and begged the judges to consider the “very weak fiscal condition in the State of New York” (Caution Urged on Raises for State Judges, NY Times 7/20/11)

Yeah, yeah, we considered it already, so what? was the sum and substance of the response by Chairman Billy Thompson, whose daddy is a retired appellate judge (Cuomo Aide: Time Is Not Right to Raise Judges’ Pay, NYLJ 7/21/11).

Judge Leventhal of the Appellate Division was less subtle. “Mr. Megna,” he shouted at the budget advisor, “we are not employees!” adding that Mr. Megna’s testimony “just shows the disrespect.”

Chairman Thompson wants the “average citizen” to worry that judges are leaving the bench because of not enough dough. If Judge Leventhal and Judge Magoo are anything to go by, good riddance.

Aren’t there any judges who think that administering the law for the good of society is just fabulous work, even if it pays a little less than working in a white shoe law firm bilking widows and orphans out of their insurance payments? Aren’t there any judges who see something a bit – well – tacky about demanding an exorbitant raise at a time like this, while at the same time claiming to be of a higher species than mere “employees”? Out of 1200 NY judges, there must be some who haven’t totally lost perspective. . . aren’t there?

A satirical blog for criminal defense lawyers and their friends who won't give up without a squawk.
View all posts by Appellate Squawk →
This entry was posted in Criminal law, Law, Law & Parody and tagged Judge Leventhal, judges pay raise, Robert Megna. Bookmark the permalink.

2 Responses to Guv to judges: Get real.