There’s no such thing as Brady material: Final installment (for now) 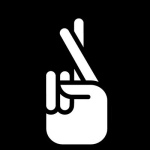 Story so far: An article in the NY Criminal Law Newsletter suggested that ADA Petri, the Bronx prosecutor whose deceptive withholding of Brady material was exposed in People v. Waters, was no loose cannon but a standard product of the DA culture.  The article ends by asking what happens to ADA’s caught hiding Brady material.

A good question for Brooklyn DA Hynes, who wrote a furious response to the article, mad as a wet hen at this “unprofessional,” “unsupported” “shocking and calumnious charge.” In his 22 years as Brooklyn DA, he thunders, it is his absolute practice to fulfill his “ethical and moral obligation” to disclose evidence favorable to the defense, just like the other 61 DA’s in NY State.

DA Hynes was our professor of Trial Advocacy at the Acme School of Law and Refrigerator Repair many years ago, and you have to love a prof whose idea of a model summation argument is Marc Antony’s “Friends, Romans, Countrymen” speech in Julius Caesar.  Although we have yet to hear any Brooklyn prosecutor trying to inflame the jury by calling the defendant an honorable man.

Professor Hynes was also memorable for promising on the first day of class that he’d get a job for anyone who did well, adding seriously,  “And if you don’t do so well I can probably get you a job in our Appeals Bureau.”  Which accounts for the literary level of the People’s briefs.

But nostalgia for old teachers only goes so far.  We feel that 22 years isn’t long enough for Hynes to forget the notorious Brooklyn case of Eric Jackson-Knight where the DA’s office prosecuted a young ne’er-do-well for the arson deaths of six firemen, knowing that the fire was accidental, originating from an electric short.  Hiding from the defense that the “evidence” of arson was planted by the FDNY who thought the firemen’s widows would get more compensation if their husbands were thought to be crime victims.

Hynes was the NYC Fire Commissioner when Jackson-Knight was convicted in 1980 and sentenced to six consecutive terms of 25 years to life. In 1986, a personal injury lawyer named Robert G. Sullivan, bringing a lawsuit for the firemen’s widows, realized that Jackson-Knight had been scapegoated.  He devoted 2,000 hours, $5,000 and six years to the case.  Criminal law wasn’t his area, but he felt he had to do the case himself.  The DA’s Office “would have walked all over another court-appointed lawyer,” he said, alluding to the minimal performance of Jackson-Knight’s first lawyer.  Sullivan filed a post-conviction motion to the original trial judge, Judge Joseph Slavin, arguing that exculpatory material had been withheld from the defense.

Judge Slavin ordered the DA’s Office to turn over their file for the court’s inspection.  He unearthed, among other things, a memo from ADA Michael Gary to ADA Ronald Aiello about a pre-trial statement by Fire Marshal King that contradicted his trial testimony about the fire. This memo had never been turned over to the defense.  Judge Slavin vacated the conviction and released Jackson-Knight on his own recognizance while the DA’s Office scrambled to appeal.

With an Appeals Bureau consisting of folks who’d tanked Trial Ad, the “real” prosecutors had to take things into their own hands. They prosecuted Jackson-Knight for yet another murder he hadn’t committed in what Bob Herbert of the NY Times called, “Brooklyn’s Obsessive Pursuit.”  The murder victim was a prostitute living in an abandoned concession stand at Coney Island whose crack-addicted “roommate” said she’d seen Jackson-Knight have sex with her and leave with bloodstains on his clothes.  Never mind that the DNA excluded Jackson-Knight.  ADA Michael Vecchione went full steam ahead, arguing that Jackson-Knight must have smeared someone else’s semen on the victim, a theory apparently derived from the then-current movie “Presumed Innocent.”

But, as they tell you when you’re called for jury duty, trials aren’t like the movies.  The roommate told the judge that Jackson-Knight wasn’t the man she’d seen and furthermore,  she was being held prisoner by the DA’s Office.  The jury acquitted Jackson-Knight but the DA’s Office charged the roommate with perjury.  At her own trial she reproved the prosecutor, “You were going to use me to put an innocent man in jail.” Her conviction was vacated.

Meanwhile, the Court of Appeals, after making some dents in the prosecution’s duty to disclose evidence to the defense, remanded the case to Judge Slavin to find some other basis for vacating Jackson-Knight’s conviction.  Judge Slavin held a hearing where he heard testimony from the NYPD detective – by then retired – who had investigated the fire. He also heard from ADA Gary who, along with ADA Aiello, was now a Brooklyn judge.

The detective testified that he had told several ADA’s that the main fire was  an accident caused by an electrical short and that the evidence of arson was fabricated by the Fire Department.

Judge ADA Gary grudgingly admitted that the detective had told him at the time that “some fires were accidental.”  He added that, while he might have taken notes of that conversation, it was his policy to destroy notes whenever he talked to police officers or fire investigators.  This was a shocking admission, since even the Court of Appeals thinks prosecutors should disclose the prior statements of their testifying witnesses.

Meanwhile, Judge Slavin’s peek at the DA’s file had unearthed a slew of other undisclosed information showing that the DA’s Office knew the fire was accidental.  Also undisclosed was information strongly suggesting that Jackson-Knight’s confessions to ADA Gary and allegedly to a jailhouse snitch – the only evidence connecting him to the fire – were false.

In the meantime, Hynes had graduated from Fire Commissioner to Special State Prosecutor for the NYC Criminal Justice System. You’d think that a fire department planting evidence of arson to bamboozle the insurance people, even if it is for widows, might raise eyebrows, at least outside of Farenheit 451,  but Hynes’s investigation concluded there was nothing amiss (Judge Recounts Prosecutor Role At Previous Arson-Murder Trial, NYLJ 8/11/94).

Hynes was the Brooklyn DA while his office fought tooth and nail against exonerating Jackson-Knight.  In the face of all the evidence that the fire was accidental, it was Hynes who made the decision to put him through another murder trial. This time prosecuted by ADA James Kohler who had been Hynes’s deputy both as Fire Commissioner and Special Prosecutor.

At the 1994 retrial the detective again testified that he’d told the prosecutors before the 1980 trial that the fire was electrical. ADA Kohler tried to discredit him, pointing out that he hadn’t said this to the jury at the previous trial where he’d been the People’s witness. “I can only respond to what I was asked, and I could not respond to what I was not asked,” the detective answered.

“Why didn’t you blurt out this was an electrical fire?” ADA Kohler demanded. “So you withheld exculpatory evidence!”

Yes, the prosecutors are honorable men.

7 Responses to There’s no such thing as Brady material: Final installment (for now)