Posted on January 4, 2013 by Appellate Squawk 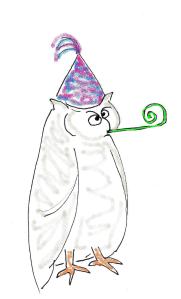 Judge Wool looks back on another season of smash hits at the Court of Appeals. Here’s a sample of the 2012 highlights.

Statutory construction: People v. Velez. In another round of judge-forgot-to-mention-post-release-supervision cases, the Court held that just because the statute gives a 40-day deadline for resentencing doesn’t mean the resentencing has to be within 40 days. After all, the Court reasoned, the statute doesn’t say it’s forbidden to resentence after 40 days.

Next time the judge tells you to be there at 9:30, show up whenever you feel like it and explain that s/he didn’t say it was forbidden to come after 9:30.

We Are Not Making This Up: In the matter of the Honorable Lafayette D. Young, Jr., a Justice of the Macomb Town Court (pro se) v. State Commission on Judicial Conduct.

The Honorable Lafayette Young, a member of Judges Without Law Degrees, appeals his removal from office based on charges of presiding over cases involving the relatives of his “paramour.”

In one case, paramour’s nephew was charged with criminal mischief. Even worse, he blew off the 60 hours of community service to which Uncle Lafayette sentenced him. His loving family interceded, advising the judge to throw him in jail, which he obligingly did, over the protests of the defense lawyer. Sometimes it pays not to be related to a judge.

In another case,  paramour’s mother had her neice charged with petit larceny for using Mom’s telephone to make long-distance calls.  After more family consultations, the judge issued an order of protection to stay away from Mom’s phone. Meanwhile, the District Attorney of Macomb (pop. 906) had no idea that any of these people were related.

The crime wave escalated with paramour’s nephew being charged with “unsafe backing,” possibly endangering several cows.  Tempering justice with mercy, the judge threw the case out “despite a negotiated plea between the defendant and the district attorney’s office.”

When another member of this dangerous crime family was charged with not wearing a helmet,  the jurist of Macomb dismissed the case, once again allowing a miscreant to escape his just deserts.

The Court upheld his removal. Law and order has been restored to Macomb.

Thanks and a tip o’ the hat to curmudgeonly super-blogger Simple Justice for awarding Honorable Mention to Appellate Squawk in his 2012 Jdog contest. Twice in a row, and we’re only two years old! OMG! We wish to thank the judiciary, the People, the criminal justice system, sex offender laws and forensic “science” without whom we would never have achieved this tremendous honor.

A satirical blog for criminal defense lawyers and their friends who won't give up without a squawk.
View all posts by Appellate Squawk →
This entry was posted in Criminal Defense Appeals, Law & Parody and tagged Honorable Lafayette D. Young, NY Court of Appeals, Simple Justice. Bookmark the permalink.