The court interpreter knows the witness? No problem. 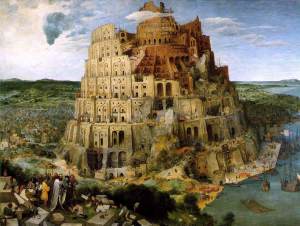 One of the many contradictions in the American Way of Life is that although every cabdriver speaks at least 3 languages (though not necessarily English),  the Captains of the Bench tend to be monolingual.

A few weeks ago, we watched a Court of Appeals argument in a case where the court interpreter had told the trial judge that he knew the complainant and her husband. And it wasn’t just some passing howyadoin’ acquaintance. The interpreter had past “business dealings” with the husband who, as even the judges grasped, was the neighborhood loan shark.  The defendant objected to using this interpreter for the complainant’s testimony.

You’d think the trial judge could just send out for a different interpreter who didn’t have to worry about getting his kneecaps busted.  Instead, the judge  reasoned that since the defendant’s friends and relations were present in the courtroom and were presumably qualified interpreters, they would, as he put it, “have hurdled the well” if they detected any semantic hanky-panky. (Translation: would have risked instant bludgeoning by a squad of hefty court officers by jumping over the partition between the judge and the public).

New York’s highest was baffled.  What’s the problem? they sneered.  The interpreter wasn’t involved in the case! He was under oath!   All he does is repeat in English what the witness says.

The only judge who seemed to get that foreign languages aren’t just English in translation was Judge Rivera, who makes a big deal of rolling her rrrrrr’s. Sure enough, she dissented from the resulting decision today in People v. Thomas Lee (NYCA 2013).   The Court has created an “irrebuttable presumption in favor of official court interpreters under oath,” she said. Entonces, a defendant has no obligation to make his friends and relations go hurdling over wells.

We were reminded of the Sherlock Holmes story The Greek Interpreter, which we won’t spoil if you haven’t read it, but it’s on all fours with Mr. Lee’s case.

Judge: Are we ready to proceed?

Court Officer: As soon as they clear away the bodies of the defendant’s friends and relations.

Judge: You shouldn’t have shot them, Bruce.  After all, I suggested that they feel free to hurdle the well whenever they disagreed with the translation of the witness’s testimony. (To witness) Please continue, madam.

Witness: Running dog scumbag not repay money.  Had to to teach him lesson.

Interpreter: The defendant was a business associate of ours with whom we had financial transactions in progress.  We were also contributing to his education.

Witness:  Plan was to lure him to our house, give him jewel box with poisonous spring inside,  like in Sherlock Holmes story. Open up box and sproiing! Infected with incurable exotic disease.

Interpreter: We invited him to a literary evening at our home.

Witness: Stupid husband gave him wrong jewel box.  Was collection of rubies pried off temple idols with curses on them.  Didn’t notice screw-up until after son of hyena went home in cab with Klingon-Esperanto speaking driver.

Interpreter: The defendant, whose mother we know, absconded with several thousand dollars worth of property.

Spectator: (hurdling over well) Cease this travesty of mistranslation at once!

Interpreter: How dare you! I’ve taken an oath!

A satirical blog for criminal defense lawyers and their friends who won't give up without a squawk.
View all posts by Appellate Squawk →
This entry was posted in Criminal law, Law, Law & Parody and tagged court interpreters, Judge Jenny Rivera, NY Court of Appeals, People v. Thomas Lee. Bookmark the permalink.

5 Responses to The court interpreter knows the witness? No problem.