Prosecutors’ junta gets coal in its stocking for Christmas

Posted on December 24, 2013 by Appellate Squawk 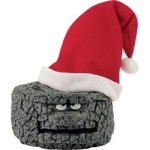 Next month, the case of Adrian Thomas will be heard in the NY Court of Appeals.  Mr. Thomas was sentenced to 25 years to life for the murder of his infant son despite overwhelming medical evidence that the baby had died of natural causes.  Why was the father convicted? Because of his confession extracted by 9 hours of relentless interrogation deploying all the standard tricks and lies with some threats thrown in.  All recorded on videotape.

This is the case the District Attorneys Association of the State of New York (DAASNY) has chosen for an amicus brief to the Court of Appeals praising deceptive interrogation tactics as a “desirable investigative tool.”  The brief is a product of the Manhattan DA’s Office, which found deceptive interrogation tactics extremely desirable in the Central Park jogger case.  The problem with this fabulous investigative tool was that it extracted false confessions from five teenage boys who spent years in prison as a result.

DAASNY is headed by the Nassau County DA whose office used this desirable investigative tool to send John Kogut to prison for 18 years and then retry him even after he was exonerated by DNA evidence.  He was acquitted by a judge who listened to expert testimony on how psychologically manipulative interrogation tactics can induce false confessions.

The Suffolk County DA’s Office found deceptive interrogation tactics handy in convicting Martin Tankleff, a 17-year old boy tricked into a false confession by a detective who told him that his murdered father was still alive and had accused his son.  He too was exonerated after a mere 17 years in prison.

Not to lag behind, the Westchester County DA’s Office convicted teenage Jeffrey Deskovic of rape and murder based on a confession induced by lies and tricks, while knowing at the time that DNA evidence excluded him. Meanwhile in Monroe County, the DA’s Office nailed Douglas Warney based on a confession extracted by this desirable investigative tool until DNA evidence exonerated him many years later.

Learn from mistakes? Don’t be silly. Next you’ll be saying there’s a Santa Claus.