Is a license plate government speech?

What’s the difference, you may ask, between this bumper sticker, which is permitted:

and this license plate, which is prohibited: 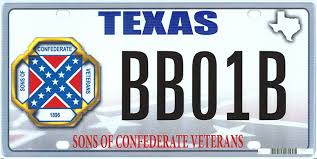 except that one costs fifty cents and the other costs thousands of dollars?

The difference is of overwhelming constitutional significance, said the Supreme Court in  Walker v Texas Div Sons of Confederate Veterans Inc.  Custom license plates, they explain, are government speech, which the government can restrict in any way it wants.  “A person who displays a message on a Texas license plate likely intends to convey to the public that the State has endorsed that message. . . . That may well be because Texas’s license plate designs convey government agreement with the message displayed” (italics added).

The Second Circuit couldn’t bring itself to say with a straight face that license plates represent the Government’s viewpoint. Instead, the court upheld the ban on the controversial message by saying that license plates are merely revenue-raising, vehicle-identifying devices, not expressive activity to which the First Amendment applies. These (real plates) look pretty expressive to us:

5 Responses to Is a license plate government speech?