When is parody a crime? When nobody gets it.

Posted on September 8, 2017 by Appellate Squawk 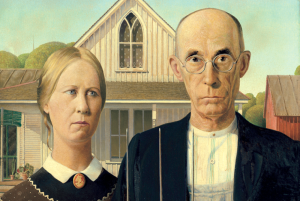 One of the most volatile controversies of our time is whether the Dead Sea Scrolls were written by the Essenes, an ascetic community living around 100 B.C.  Given the public’s strong feelings on the question, it was only a matter of time before somebody made a federal case of it.

The defendant in Golb v. NY State Attorney General (2d Cir. 2017) is not, as you probably assume, Professor Golb of the University of Chicago, whose theory that these fragments found in desert caves were written by non-Essenes threatens to set the Dead Sea Scrolls establishment on its head. Rather, the target of the Manhattan DA’s 51-count indictment was the professor’s loyal son.

Miffed at the silent treatment the academic coterie was giving his father, Golb fils sent out a bunch of emails purporting to be from the leading machers of the Essene Theory. Adopting the high tone of academic debate, young Golb had them referring to his father as “Chicago filth.” And, in a brilliant stroke of reverse psychology, he attached a link to an article (also written pseudonymously) called http://www.nowpublic.com/culture/plagiarism-and-dead-sea-scrolls-did-nyu-professor-snitch-chicago-historians-work, and implored the recipients to keep it under wraps. “Every effort must be made to prevent this article from coming to [students’] attention,” the emails warned. Another message to NYU’s student newspaper exhorted, “I must ask you not to publish a word about this.”

Naturally the emails went viral and Professor Golb was catapulted into the headlines.

Golb Jr. argued that this was satire and parody, a defense we can certainly identify with. But the Court of Appeals solemnly found intent to commit “real harm,” citing the authority of that great jurist Iago, “He who steals my purse steals trash. . . . But he who filches from me my good name. . .  makes me poor indeed.” Apparently forgetting that Iago was the villain in that play, and that he was saying this to fool Othello into doing real harm to Desdemona and Cassio. So it’s meant to be like, you know, ironic? Not some legal precept?

The Second Circuit didn’t do much better. “Golb misunderstands the genre,” they instructed.  “While it is true that parody enjoys First Amendment protection notwithstanding that not everybody will get the joke, it is also true that parody depends on somebody getting the joke; parody succeeds only by its recognition as parody.” Holy cow! You mean the difference between crime and parody is whether the joke falls flat?

Well, if Golb the Younger wants to seek cert from the Supremes, he can quote Appellate Filth. We got the joke.

A satirical blog for criminal defense lawyers and their friends who won't give up without a squawk.
View all posts by Appellate Squawk →
This entry was posted in Humor, Law & Parody and tagged Dead Sea Scrolls, Golb v. NY State Attorney General, Parody, Professor Norman Golb. Bookmark the permalink.

4 Responses to When is parody a crime? When nobody gets it.