Posted on September 22, 2018 by Appellate Squawk 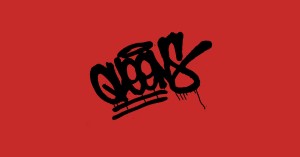 Welcome to Queens, birthplace of the Mets, Weight Watchers and President Trump. Where, if you’re on trial for a crime, the prosecutor is likely to be the judge’s kid.

Judge: Oh, all right. Just this once. Sustained.

The Queens DA’s Office – the pipeline to the Queens judiciary – sees nothing shady about hiring their judges’ little gene copies. Indeed, says their spokesperson, it would be wrong to reject applicants just because of who their parents are!

Then there’s Queens Judge Hollie, who’s set a record for being reversed four times over the last 15 months.

How in the world did he manage to provoke the Appellate Rubber-Stamps into one reversal, let alone four? By trying to run trials without the pesky interference of lawyers.

Does the prosecutor need help shoring up his witness’s credibility? No worries, Judge Hollie will take over the direct and cross-examination. In one case, he interjected himself into the questioning over 50 times, asking over 400 questions.

Is defense counsel being a little too efficient about impeaching the witness with her inconsistent testimony? Judge Hollie will instruct the jury that, in his opinion, she’s telling the truth.

Is the prosecutor not eliciting enough testimony damaging to the defense? Judge Hollie to the rescue!

Tut, tut, said the Second Department. Even if we all know the judge is a prosecutor in a robe, he mustn’t look like one.

A satirical blog for criminal defense lawyers and their friends who won't give up without a squawk.
View all posts by Appellate Squawk →
This entry was posted in Judges, Law & Parody, Satirical cartoons and tagged Judge Ronald Hollie. Bookmark the permalink.