The virus, like the rain, falleth on the just and the unjust

Does the right to free speech protect falsely shouting, “There’s no fire!” in a crowded theatre? Does the right of assembly protect defying the quarantine? 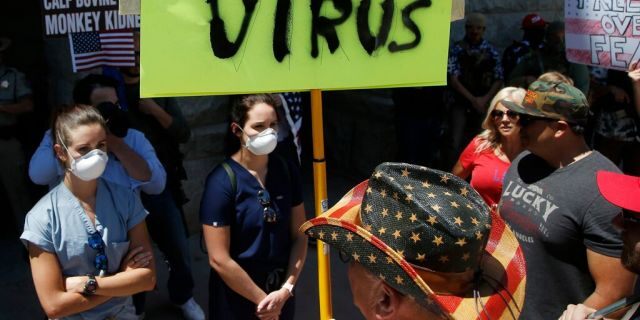 Imagine being incarcerated with bozos like that. Which quite a few people are being.

So long as we ignore the White House, we can more or less keep track of what the virus is doing in the non-incarcerated world. But when it comes to jails and prisons, we’re caught between Corrections Department propaganda (“everything’s FINE, just FINE”) and reliable hearsay like, “My client’s mom says they’re digging mass graves in the exercise yard.”

We need blitzkrieg inspections by credible outsiders. From our (masked) mouth to the Governor’s ears.

A recent upstate decision People ex rel. Gregor v Reynolds (2020 NY Slip Op 20086) split the baby in half, or maybe 40-60, in the light of statistics about the greater proportion of black Americans who die of the virus. The 51-year-old black man with obesity, hypertension and high cholesterol was released on bail and the apparently healthy 26-year-old undisclosed-race man wasn’t. Releasing the latter, the court explained, “would be tantamount to precedent for emptying the Essex County Jail of all incarcerated individuals solely and simply due to the possibility that the COVID-19 virus may be introduced into the jail.” If you say so, Judge.

The judge nevertheless zeroed in on the respondent, the Sheriff of Essex County, pointing out that a few apparently simple measures could make jail an effective quarantine instead of a petri dish. As it is, each detainee has his own cell, sink and toilet and can have meals brought to him. Which he probably couldn’t get at home. But that’s not enough when most infections come in through staff who are doing god-knows-what on their time off.  Maybe they’re not yelling at nurses at anti-lockdown rallies, but it’s even money they’re  socializing and shopping unmasked at supermarkets  (“But they’re my friends, they’d never give me the virus!”). So the judge recommends “verbal screening of staff for off-duty conduct.”  Of course they’d have to promise to answer honestly.

The judge’s other suggestion is to make social distancing mandatory. What?  The Sheriff makes it optional? Of all the millions of prison regs they can get in trouble for infracting, nobody’s being stopped from giving high 5’s, shaking hands and generally getting in people’s faces? Nope. And there are guys who keep doing that. 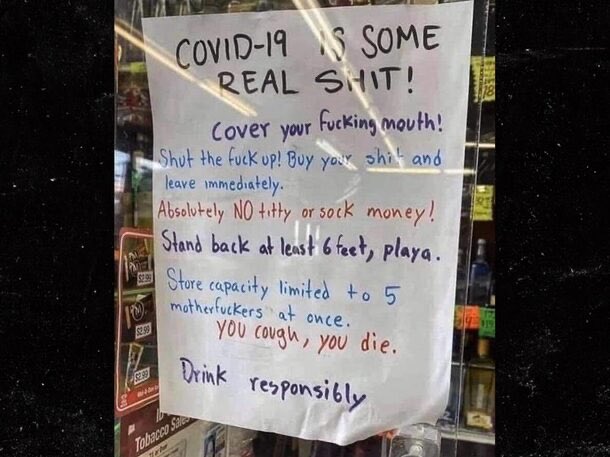 A satirical blog for criminal defense lawyers and their friends who won't give up without a squawk.
View all posts by Appellate Squawk →
This entry was posted in Prisoners' rights and tagged COVID-19. Bookmark the permalink.

2 Responses to The virus, like the rain, falleth on the just and the unjust