Posted on February 11, 2021 by Appellate Squawk 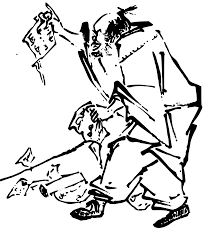 Or at least into the way it’s applied.

SORA, or the Sex Offender Registration Act, is a brutal set of laws whereby persons convicted of a designated “sex offense” (not necessarily involving sexual misconduct), can be required to register with the police in person every 3 months for the rest of their lives and have their pictures, addresses and personal information displayed on the public sex offender website. All this after they’ve served their sentences.  Marked with indelible stigma, they become homeless, unemployable outcasts — in the name of public safety.

You’d think such harsh lifetime consequences would be carefully and sparingly imposed.  Not under SORA.  An outfit called the Board of Examiners of Sex Offenders, i.e., parole officers with connections, writes up a Case Summary and a Risk Assessment Instrument (“RAI”) for a judge. The Case Summary simply repeats the accusations from the criminal complaint, regardless of what was actually proved at trial or by the guilty plea. The RAI, while purporting to be a scientific instrument, is nothing but a list of aggravating factors.

Judges take these documents as gospel. In vain does the defense lawyer point out that the Case Summary is based on dismissed or even acquitted charges. Even more futile is arguing that the RAI is totally unscientific.

Ten years ago, Judge Conviser demolished the RAI in People v McFarland, a 44-page decision concluding that this so-called scientific instrument is so arbitrary as to violate due process.  The decision was met with a resounding silence. Thousands of New Yorkers continue to be pitchforked onto the ever-growing haystack of supposedly high-risk sex offenders, based on the RAI.

So the judge went to the Press. Okay, it’s only the NY Law Journal, our profession’s leading parakeet cage liner, but how many sitting judges dare to publicly criticize a firmly entrenched procedure that nobody but a few scruffy defense lawyers sees anything wrong with?

We’re a bit skeptical of his proposed solution of having each side proffer an expert at SORA hearings. We’ve seen too many judges blow off psychological expertise when it contradicts their cherished beliefs. Still, it beats adding up points on an arbitrary instrument.

But really, the only way to reform SORA is to abolish it.

A satirical blog for criminal defense lawyers and their friends who won't give up without a squawk.
View all posts by Appellate Squawk →
This entry was posted in SORA and tagged Judge Daniel Conviser, Risk Assessment Instrument. Bookmark the permalink.