Posted on February 12, 2016 by Appellate Squawk 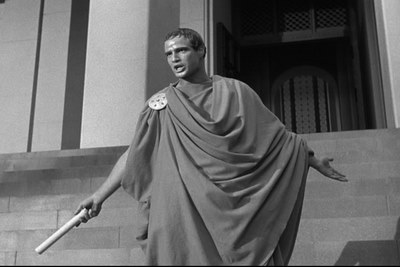 Friends, New Yorkers, Countrypersons! Lend us your ears! We come not to praise SORA but to bury it. For the courts say its purpose is not to punish, but to protect public safety. And courts are honorable persons, otherwise they wouldn’t have “Hon.” in front of their names.

SORA was enacted in 1996 to create a class of persons permanently labeled “sex offenders,” based on scientific proof that once a sex offender always a sex offender. Therefore, anyone convicted of anything from a long list of offenses not necessarily involving sex, must be supervised forever.

You may ask why SORA isn’t punishment if it was enacted as an extended form of parole. Because the courts say so, that’s why, and courts are honorable persons or else they wouldn’t have “Hon.” in front of their names.

SORA protects the constitutional rights of sex offenders by giving them a hearing where a judge objectively decides what risk level the People want. Because although SORA is a purely civil statute,  these hearings are prosecuted in criminal court by the local District Attorney’s Office, with all the apparatus of the criminal justice system, but that doesn’t make SORA punishment. Because the courts say it isn’t, and courts. . . .

Courts and prosecutors determine risk level by using an official “Risk Assessment Instrument” (RAI) that was whipped up over a weekend by some parole officers 20 years ago.  They were experts in sex offender recidivism. Who said so? Former Governor Pataki, that’s who, the same honorable man who brought back the death penalty to NY.

The RAI imposes points based on judgments about the wickedness of the offense and the offender. The more points, the more restrictions the “sex offender” will be subjected to when he returns to the outside world.

How is that different from parole, you ask, which nobody denies is punishment? If risk prediction under SORA is purely regulatory and non-punitive, shouldn’t it be based on scientific knowledge about what factors predict recidivism, not moral judgments?

That’s the consensus of psychologists who conduct empirical research on sex offender recidivism, but who cares what they think?  Especially when their findings contradict entrenched beliefs.  But the courts say that SORA risk prediction is a simple matter of, “if he did it before, he’ll do it again.” And courts are honorable persons. . .

Prosecutors use SORA hearings to revive old charges that they’d agreed to dismiss during plea negotiations in exchange for not having to prove the defendant’s guilt at trial. At SORA hearings, which may be many years later, they bring in grand jury testimony and police reports containing accusations by complainants whom the defendant has never had a chance to cross-examine.  Courts say this is clear and convincing evidence that the accusations are true.

Wait a minute, you say. Hasn’t it been a basic principle for several centuries that mere accusations aren’t proof? Doesn’t every trial court tell the jury that an indictment is proof of nothing? That its purpose isn’t to establish guilt but only to show there was reasonable cause for haling the accused into court? How did grand jury testimony suddenly become clear and convincing evidence?

Because the courts say it is, and courts are honorable persons. And since SORA isn’t punishment, accusations are good enough for government work.

The consequence of being labeled a sex offender, based on this scientific RAI and the clear and convincing evidence of untested hearsay accusations, is to be cast into a permanent underclass. There are now nearly 40,000 people in New York who aren’t being punished but merely regulated to protect public safety. About two thirds of them are labeled as maximum or medium risk.  Their photographs, home and work addresses and other personal information are broadcast over NY State’s Internet sex offender registry. Anyone may print out the webpage and post it anywhere, such as in the registrant’s building or workplace. People who once had jobs and homes may legally be evicted and fired based on nothing but their status as “sex offenders.” Many shelters refuse to accept them.

Last week, President Obama celebrated two decades of protecting public safety by signing the International Megan’s Law. This requires anyone whose sex offense involved a minor, no matter how long ago, to have SEX OFFENDER conspicuously displayed on his or her passport.  This includes persons convicted of offenses such as Romeo and Juliet relationships, sexting or public urination.

Congress says it’s not punishment, but merely to prevent sex trafficking. And Congresspersons are honorable people.

A satirical blog for criminal defense lawyers and their friends who won't give up without a squawk.
View all posts by Appellate Squawk →
This entry was posted in Civil Liberties, Law, SORA and tagged International Megan's Law. Bookmark the permalink.

11 Responses to Happy 20th Birthday, SORA, may you die soon.